A clinic, a morgue, and burial chambers are being excavated in the ancient city of Philadelphia in central Turkey, where archaeologists have found surgical instruments and two moon symbols on statues thought to depict Men, an ancient god of the moon and healing.

The dig is being conducted in Karaman Province near Gokceseki village, and Hurriyet Daily News is calling Philadelphia an ancient health center of the Taseli region. The ruins of the city are 20 km (12 miles) north of Gokceseki. 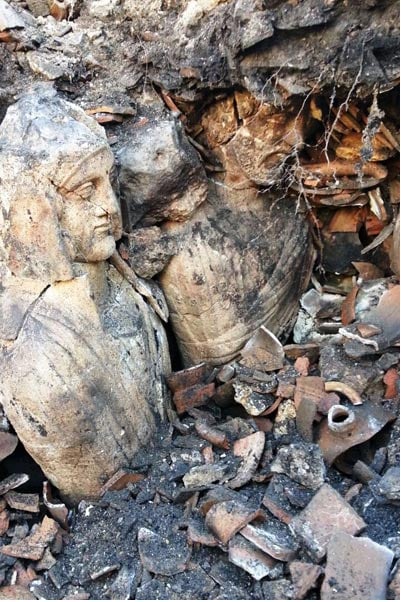 Some of the artifacts found at the site. (Karamanoğlu Mehmetbey Üniversitesi)

The director of the Karaman Museum, Abdulbari Yildiz, told the Hurriyet Daily News that some of the settlement’s features, including a necropolis, survive on a hill. The Romans controlled Anatolia at the time of the site, and in 38 AD Emperor Caligula gifted parts of the mountainous regions of Cilicia and Laconia to Commagene King Antiochus IV and his wife Lotape Philadelphos.

Caligula, who ruled for just four years, re-established the Commagene kingdom as a vassal state to Rome in 37 AD. One year after its re-establishment, Antiochus IV, son of Antiochus III, became king. Antiochus IV had a reputation of being very rich. 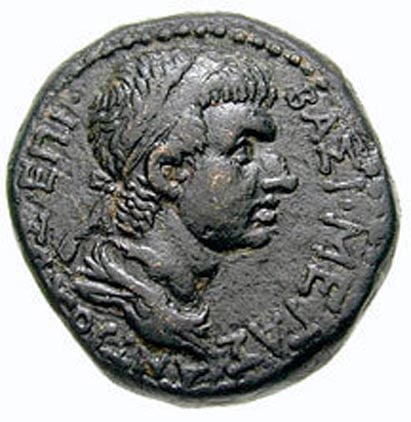 “Whenever he [Caligula] restored kings to their thrones, he allowed them all the arrears of their taxes and their revenue for the meantime; for example, to Antiochus [IV] of Commagene, a hundred million sesterces that has accrued to the Treasury.”

(For a discussion of the worth of a sesterce as compared to today’s U.S. dollar, see this article.)

Notoriously fickle, Caligula later took away the lands he had granted to Antiochus IV. But Claudius, who took the Roman throne after Caligula was assassinated, restored the Commagene lands to Antiochus in 41 and gave him special honors and friendship.

Antiochus founded two cities, Germanikopolis or Germanicus, a title of Caligula; and Philadelphia, after his wife’s name, which means “brotherly love.” 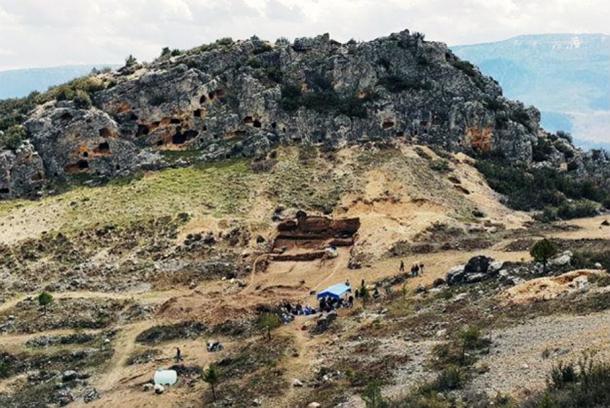 “The excavations unearthed eight sarcophagi and a burial chamber in a field where illegal excavations were always carried out. In the west of the second sarcophagi group, an ancient field of waste was found. The artifacts found in this field were vows gifted to sarcophagi during ceremonies. The excavations have unearthed 2,100 movable cultural assets. Among them are 11 busts made of limestone, nearly 600 sharp objects such as catheters, medicine bottles and surgeon’s knives, coins, ceramic and glass pieces and ornaments.”

The archaeologists and their workers found human bones and skulls, and metal chains, rings, and coins in the burial chambers. They were the remains of 53 people, whose bones were examined in the university’s anthropology department, where their genders and approximate ages were determined. Two of the people suffered head trauma and five were determined to have had infections, Yildiz said. 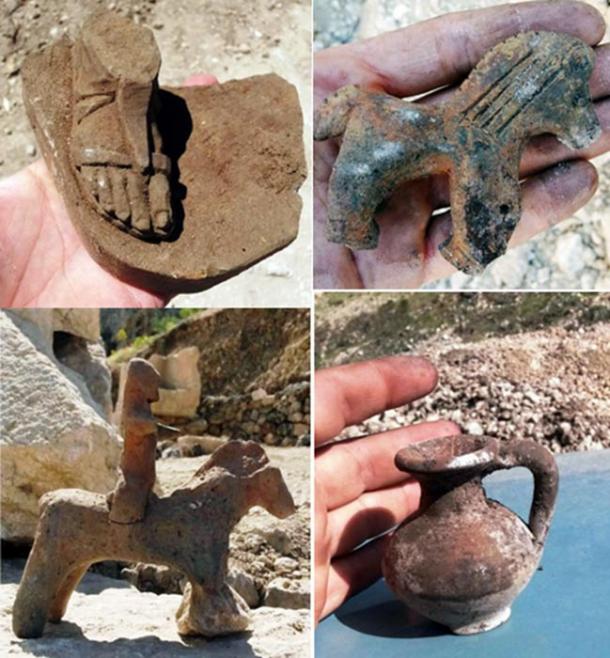 A selection of artifacts unearthed at the site.(Karamanoğlu Mehmetbey Üniversitesi)

The team believes the people went there for treatment, died and were buried in a mass grave, which may also have served as a morgue.

“Among them were spatulas, catheters, medicine tubes and surgery instruments. Also, a crescent was seen in the necklaces of two female sculptures. The crescent depicts the God Men, a god living in the western and central parts of Anatolia in 4,000 B.C. He was the protector of poor and sick people. The moon was his symbol and he healed people with its power. These findings tell us that the ancient city was a health center.”

There is very little information on the internet about Men, but unlike the lunar deities of many other cultures, this moon god stands out because he was male.

A bust of the moon god Men, on display at the Museum of Anatolian Civilizations in Ankara. (CC BY SA 3.0)

More than 100 of the artifacts from the dig have been restored and are drawing attention at Karaman Museum, where they are on display. The archaeologists intend to continue the excavations.