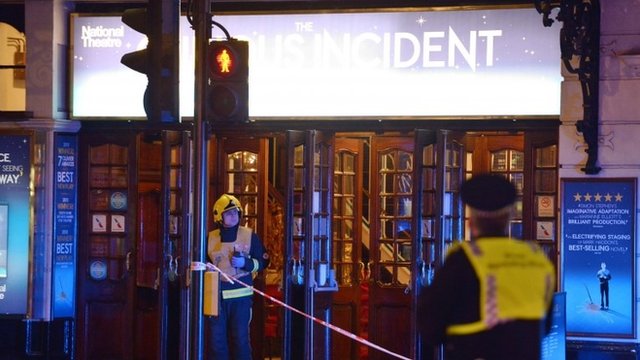 Tom Chesshyre: “All of a sudden panic kind of took hold”

Seventy-six people have been injured, seven seriously, after part of a ceiling in London’s Apollo Theatre collapsed during a show, police say.

The venue in Shaftesbury Avenue was packed for a performance of The Curious Incident Of The Dog in the Night-Time.

Eyewitnesses heard “a crackling” noise before the collapse at about 20:15 GMT. Theatre-goers left covered in debris.

The Apollo’s owner described it as a “shocking and upsetting” incident and said an investigation was under way.

A spokesman for the company, Nimax Theatres, said “thoughts are with the audience and staff”.

A total of 58 people were taken to hospital but there were no life-threatening injuries.

Ch Supt Paul Rickett, who is in charge of policing in London’s City of Westminster, said: “All of the emergency services responded to this incident using tried and tested systems that we have for working together. That response has been swift and effective.

“Officers remain at the scene tonight and will do for the coming hours. We thank the public for their support and patience.

“We’d ask those who are out and about in the West End area tonight to stay away from the area so we can continue our work.”

Incident commander Maria Smith, who was one of the first on scene, said: “When I arrived it was dark and extremely dusty and people were lying on the floor of the theatre.

“We very quickly set up a casualty clearing area in the foyer of the theatre and the walking wounded were assessed and treated there for injuries such as cuts and grazes, breathing problems and head injuries.

London Fire Brigade said its “search is now complete” and the theatre has been sealed off.

Eight fire engines and more than 50 firefighters attended the incident in London’s busy West End theatre district, along with hundreds of police officers.

The Apollo’s ornate plasterwork ceiling collapsed and brought down part of the lighting rig, it said.

In a media briefing, the fire brigade said its officers inspected the theatre’s roof via an aerial ladder platform that had been raised above the building. 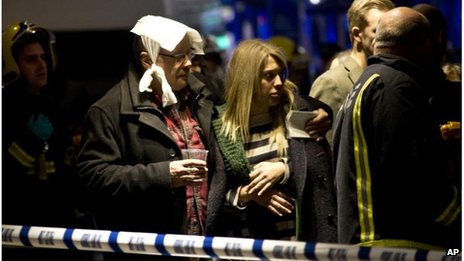 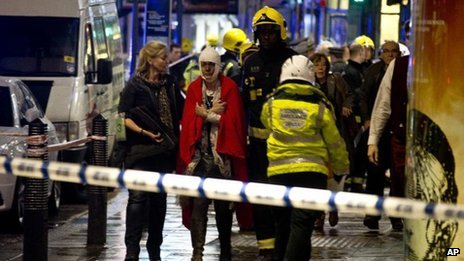 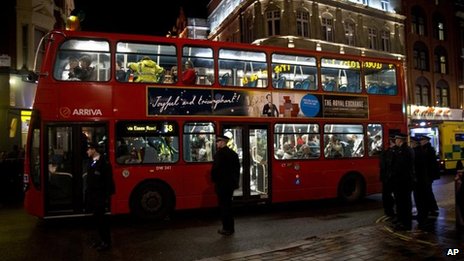 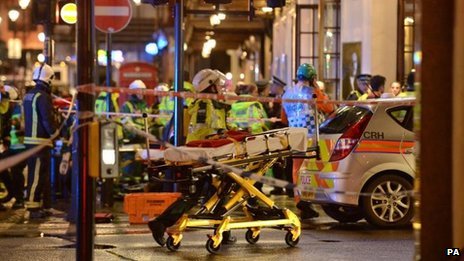