A mysterious ancient seabed that has remained in total isolation for more than 120,000 years is set to be explored by researchers.

A team of scientists is heading towards Antarctica in order to explore a region that has remained covered in ice for more than 120,000 years. This rare opportunity came after an iceberg known as A68—four times the size of London—broke from the Larsen Ice Shelf in 2017, exposing an alien world that has never before been explored by scientists.

This is a never-before-seen rare opportunity that will allow experts to study an alien ecosystem that is about 6,000 square kilometers in size.

When the massive block of ice moved, it revealed a region that had not seen the light of day for a long time, and now experts will delve into its mysteries and begin searching for any life that may have remained trapped there.

Speaking about this rare opportunity, BAS marine biologist Katrin Linse said to the Independent: “We don’t know anything about it, it has been covered by an ice shelf that is several hundred meters thick.”

“It’s important we get there quickly before the undersea environment changes as sunlight enters the water and new species begin to colonize.”

During the exploration which is planned to last for three weeks, seabed animals, microbes, plankton, sediments and water samples will be collected, in addition to documenting the evidence of new marine mammals or birds that may have migrated to the exposed waters.

While their plane is spot on, researchers acknowledge that they really do not know what to expect when they get there.

“We need to be bold on this one,” says BAS science director David Vaughan. 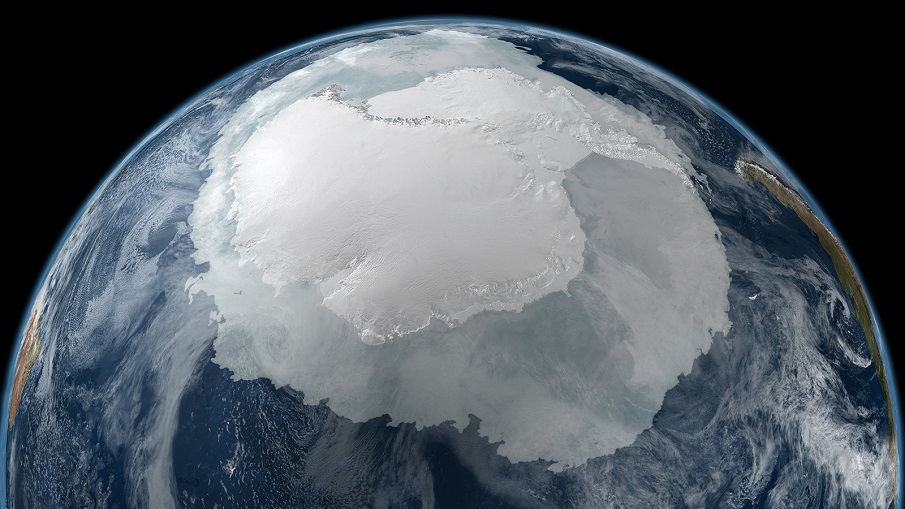 “Larsen C is a long way south and there’s lots of sea ice in the area, but this is important science, so we will try our best to get the team where they need to be.”

This trip represents a unique and unprecedented opportunity for scientists to look into an isolated region on Earth that has never before been explored.

“We’re going into an area where we don’t know what we’re going to find, and this is an exciting thing,” Linse told BBC News Radio.

“I expect to find animals similar to animals we find in the extreme deep sea, so animals that are not used to feeding on green food, because there was no phytoplankton in the water above… We don’t know until we’ve seen it.”

All of the researchers taking part in the new survey are aware of the importance of their mission since observational windows like this one sometimes take more than 100,000 years to open.

“I cannot imagine a more dramatic shift in environmental conditions in any ecosystem on Earth,” said in an interview with Nature, marine ecologist Julian Gutt from the Alfred Wegener Institute for Polar and Marine Research in Germany – one of the participating institutions on this voyage.

As noted by the Independent, besides studying any life that may be inhabiting the region,  climate scientists will try and establish whether or not the breaking apart of the Larsen Ice Shelf was induced by climate change.

Give me control of a nation’s money and I care not who makes the laws.