A team of scientists has discovered two partial human skulls in central China that could possibly belong to an unspecified archaic human species. The skulls are 105,000 to 125,000 years old, and they carry a distinctive blend of contemporary human and Neanderthal features. The skulls were found during excavations at Lingjing, Xuchang County in Henan Province, between 2007 and 2014.

No Identification of the Skulls Yet

Despite the initial excitement that the new discovery brought to the team of archaeologists, they have simply labelled the two fossilized skulls as belonging to “archaic Homo” since no DNA analysis has been able to be extracted from the extremely ancient samples as yet, so any further identification would be impossible for now. Researchers from both the Chinese Academy of Sciences in Beijing and at Washington University in St. Louis described the skulls as having a “mosaic” of features. Writing Thursday in the journal Science, they pointed out similarities with three groups:

The crania elucidate the pattern of human morphological evolution in eastern Eurasia. Some features are ancestral and similar to those of earlier eastern Eurasian humans, some are derived and shared with contemporaneous or later humans elsewhere, and some are closer to those of Neanderthals. The analysis illuminates shared long-term trends in human adaptive biology and suggests the existence of interconnections between populations across Eurasia during the later Pleistocene.

The large brains of these archaic humans ruled out Homo erectus and other known hominid species, the scientists also wrote, while Xiujie Wu, an author of the study at the Chinese Academy of Sciences‘ Institute of Vertebrate Paleontology and Paleoanthropology told Science Magazine that the fossils could represent “a kind of unknown or new archaic human that survived on in East Asia to 100,000 years ago.” 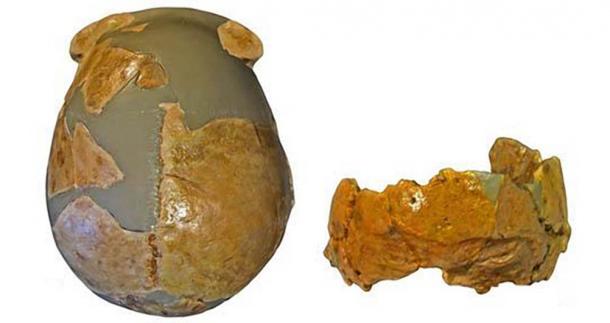 The skull pieces that were found in central China. Photo credit: WU Xiujie

Could the Skulls be Linked to the Denisovans?

Even though it’s unclear if the remains could have been linked to the Denisovans, a peculiar human group known only from DNA analysis of a tooth and finger bone from Siberia, several scientists from around the world are surprised with how reluctant the researchers have been to speculate on the Denisovan possibility. The mysterious Denisovans are a species that currently exists only as sequenced DNA taken from finger bone and a tooth found in a Siberian cave. Thought to have lived some 100,000 to 50,000 years ago, the Denisovans shared genetic material with humans as well as Neanderthals, a fact that makes many scientists believe that they co-existed and bred with modern humans at some point of history.

The fossils, which Gunz referred to as “remarkable,” as he told The Post, “certainly look like what many paleoanthropologists (myself included) imagine the Denisovans to look like.” 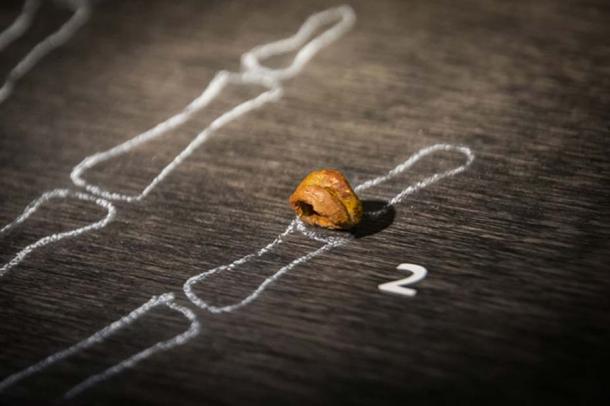 The Denisovan finger bone, originally found in Denisova Cave in 2008 (CC by SA 3.0)

So the biggest concern of the experts right now is if the scientists will manage to successfully conduct a laboratory analysis on the skulls, “Unfortunately, however, it is not possible to infer skull morphology from ancient DNA directly,” Gunz said and added, “I therefore hope that future studies will be able to extract ancient DNA from these or similar specimens.” Further, Professor Chris Stringer, from London’s Natural History Museum, who was not involved with the study shared his own views with BBC on the matter, “Unfortunately, the skulls lack teeth so we cannot make direct comparisons with the large teeth known from Denisova Cave. However, we must hope that ancient DNA can be recovered from these fossils in order to test whether they are Denisovans, or a distinct lineage.”

Top image: A model of an adult Neanderthal male head and shoulders on display in the Hall of Human Origins in the Smithsonian Museum of Natural History in Washington, D.C. (CC by SA 2.0)