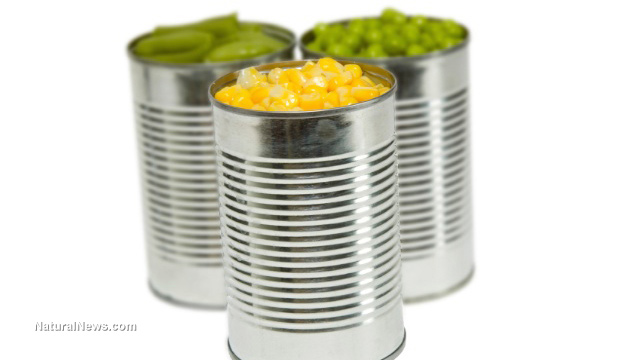 In what can be considered a victory for the countless Americans who do not wish to consume food that contains toxins, food giant Del Monte has announced that it will start using packaging that does not contain bisphenol A (BPA).

The canned goods firm, which is based in San Francisco, said that the switch would start with its tomato and fruit products. By May, almost 100 percent of its vegetable products should be in line with the new policy.

Del Monte is not the only firm to have made such a move recently. Campbell Soup announced that it would be transitioning to BPA-free cans in the US and Canada by the middle of next year, switching to polyester or acrylic-based linings instead. Around three-fourths of its soup products should already have made the switch by the end of this year. General Mills has also reluctantly agreed to start labeling GMO products, largely in response to a few state laws mandating such labels.

It appears that food companies are finally starting to get the message that consumers have been sending for years. It is now fairly common knowledge that BPA is linked to serious health problems like brain damage and cancer. It is often used in food packaging to coat metal cans and harden plastic in bottles, where it can then leach into the food.

The FDA has largely ignored the problem, but several nations have banned the substance. It has been linked to several cancers, particularly breast cancer, and it is also known to cause hormonal imbalances in both genders. It also has adverse effects on the brain and nervous system, according to a study published in PLOS ONE. The substance can remain in the bloodstream for a long time, and mothers can pass it on to their newborns in the womb and via breastfeeding.

An official press release from Del Monte reads in part: “These moves, which represent a majority of the company’s products, come as a direct response and commitment towards meeting the evolving preferences of many consumers.”

The firm is also transitioning away from genetically modified crops, which use the cancer-causing agent glyphosate. They announced that the vegetables, tomato products, fruit cups and added ingredients like soybeans and sweeteners found in most of their foods will soon be non-GMO. The 150-plus products affected will be labeled as GMO-free.

While this is certainly very good news for consumers, no one knows for sure whether or not the BPA will be replaced with chemicals that could ultimately prove to be equally harmful. Thankfully, there is a foolproof way to ensure that you are not eating anything unsafe, and that is growing and canning your own food. This is actually easier than most people think, and preserving it yourself gives you complete peace of mind that you know exactly what is inside of it.

Mike Adams, the Health Ranger, also has some useful tips for avoiding the hidden toxins in food in his meticulously researched book, Food Forensics, which will be released this July.

Big Brother is watching you.