Children younger than 15 – some as young as 5 – work from 6 am till evening in West Africa at cocoa farms connected to Nestlé, Hershey, Mars, Kraft, ADM Cocoa, Godiva, and Fowler’s Chocolate to produce your favorite chocolates including Reese’s, Kit Kat, M&M’s, MilkyWay and Butterfinger.

In September 2015, three class action lawsuits brought in California accused Nestlé, Hershey, and Mars of turning a blind eye to human rights abuses by cocoa suppliers in West Africa while falsely portraying themselves as socially and ethically responsible. Nestlé, Cargill and ADM are currently facing a separate lawsuit brought by three Malian former child slaves in 2005 that accuses the companies of aiding and abetting child slavery in Côte d’Ivoire’s cocoa market.

The shocking 2000 documentary titled Slavery: A Global Investigation exposes the chocolate industry’s deep, dark connection to cocoa harvested by child slaves. The guardian of 19 children freed from slavery by the Ivorian authorities told the makers how they worked from dawn until dusk each day, locked in a shed at night where they were given a tin cup in which to urinate, stripped naked, tied up and routinely beaten. And how thousands of children were being purchased from their parents come from countries such as Mali, Burkina Faso, and Togo for a pittance, or in some cases outright stolen, and then shipped to Ivory Coast, where they are enslaved on cocoa farms.

To help you avoid supporting slavery, here are the 7 popular chocolate brands that exploit child slaves and benefit from child labor…

Although, Nestlé’s code of conduct prohibits the use of child labor in its supply chain, researchers from the Fair Labor Association found evidence of forced labor and children working for 14 hours in hazardous conditions doing dangerous tasks like using machetes and transporting heavy loads. A Nestlé spokesperson told The Guardian:

“To date we have identified 3,933 children working on their family farms (around 10% of the children surveyed) who were involved in hazardous tasks classified as child labor. We have included half of them in our Child Labour Monitoring and Remediation System, which includes providing school kits, obtaining birth certificates and developing income generating activities for the families of 312 identified children. Unfortunately, the scale and complexity of the issue is such that no company sourcing cocoa from Ivory Coast can guarantee that it has completely removed the risk of child labor from its supply chain.”

The largest chocolate maker in the United States purchases the primary ingredient in its products from Ivory Coast notorious for worst forms of forced labor, human trafficking, child labor, and child slavery. In 2012, a Louisiana pension fund raised questions about Hershey executives’ knowledge of how much of the company’s cocoa, grown in West Africa, may have been produced by child slaves. Acknowledging the abusive practices, Hershey’s head of corporate communication Jeff Beckman told Confectionerynews.com:

“The allegations in the lawsuit are not new and reflect long-term challenges in cocoa-growing countries that many stakeholders, including NGOs, companies in the cocoa supply chain and the US Government have been working diligently together to address for a number of years.”

In 2009, Mars committed to sourcing only certified cocoa by 2020. However, when Examiner asked Mars why it should take until 2020 to certify their chocolate child slave free, the company said that “a very small number of children is trafficked or forced to work on cocoa farms”, that “reaching every one of the millions of cocoa farmers in West Africa is a difficult task”, that ensuring non-child slave chocolate was “complex”, and that they believe “ten years is a realistic time frame” to ensure sustainability.

The Harkin-Engel Protocol, a cocoa industry-wide agreement was signed in 2001 to self-regulate and end child slavery in chocolate by 2005. That deadline was extended to 2008, and again to 2010. It’s 2016 and we still have chocolate manufacturers pledging to end child labor while raking in millions of dollars in profits off the abusive practice.

In 2005, three Malian nationals who were forced into working on cocoa plantations in the Ivory Coast filed a class-action lawsuit in a federal court in California claiming that ADM, Cargill (in 2015 Cargill acquired ADM’s global chocolate business for an enterprise value of $440 million) and Nestlé — through purchasing cocoa harvested by child laborers — “aided and abetted” slavery, child labor, and torture.

As the decade-old lawsuit against ADM continues, one of the world’s largest processors of cocoa liquor, powder and butter sold its cocoa business for $1.3 billion in August 2015 to Olam International Ltd, a Singapore-based agribusiness company.

In 2012, Cadbury and Kraft Foods owner Mondelez International pledged $400 million to improve the lives of cocoa farmers and create a sustainable cocoa economy. But the efforts by the company, which has struggled for years to take forced labor out of its supply chain, have been ineffective so far. 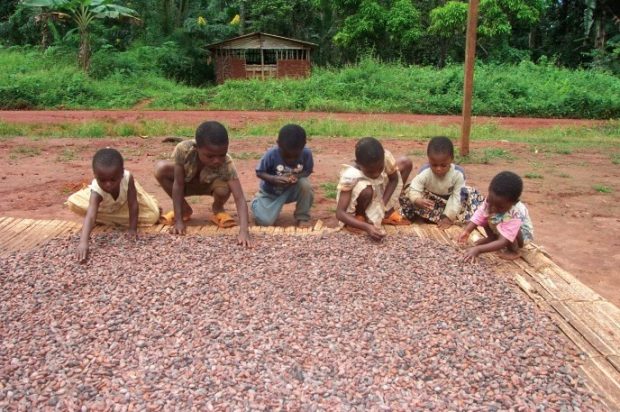 More than 60% of the world’s cocoa, including Godiva’s, is sourced from West Africa. Unlike other major chocolate makers, Godiva has not made a commitment to trace its cocoa supply chain and work with locals to ensure it has not been harvested by child labor. Though it announced its committed to sustainable sourcing of 100% of its cocoa supply by 2020, it is unclear what concrete steps the company is taking to ensure fair payments, safe working conditions, and no child labor.

While Fowler’s Chocolate condemns child slavery, it continues to use Ivory Coast cocoa and can’t guarantee consumers that their chocolate products are slavery-free.

A 2010 BBC investigation into the supply chain that delivers much of the chocolate sold in the UK, not just found evidence of human trafficking and child slave labour, it also found that there is no guarantee, despite safeguards, even with chocolate marketed as Fairtrade, that child labour has not been involved in the supply chain.

Got Ambulance to Hospital because I couldn’t Breathe. Had to wear a Mask. Telling staff I can’t Breathe. “we can’t breathe also!”

Had to walk to X-Ray (6 hrs later) out of breath, wearing a fucking mask, because I had symptoms of CV!

Nothing but a Cattle Maintenance, No Cures, Pill Popping, Profit$ Over People Program!

Have you had your Cholesterol checked out by your Doctor in the last 6 mos!? You Need Statin Drugs!!!

Dying Tomorrow, would suit me just fine! I’m not interested in healing my Heart & staying in this DUMB FUCKING EGO SERVICE TO SELF PEOPLE, piece of shit hell Society any longer!