Through the engineering marvels of the ancient world, we learn the most about the civilizations that existed thousands of years ago.

Structures that consist only of one stone can be traced all the way back to the Neolithic era. So-called monolithic structures are what their name suggests, one large rock that can weigh hundreds of tons positioned vertically. This practice became common in the Egyptian empire, but instead of using the term monolithic structure, the term obelisk is more appropriate. All obelisks are monoliths in a sense that they all consist of one block of stone.

The term originates from the Ancient Greek word obeliskos and means a nail or a pointed pillar. All obelisks have four sides and a pyramidion, a pyramid-like shape at the top of the monument. The ancient Egyptians used the term ‘tekhenu‘, but through The Greek language, the term obelisk became common in European languages. These engineering marvels originally stood at the entrances of ancient temples in Egypt, but as the Euro-Asian civilizations developed through centuries, almost all cultures of the ancient times built them, but with different purposes and in different locations.

Red granite stone and other easily treatable kinds of stones were frequently used for the production of these monuments. Despite all the information we have, there are still many unanswered questions related to these engineering marvels. How were they able to treat such large stones without breaking them? How did they transport large blocks of rocks to the construction sites?

Modern day obelisks are not constructed from just a single piece of stone, and their construction demands tools and machines that the peoples of the ancient world couldn’t even dream of. And yet, they succeeded in creating such impressive engineering marvels that lasted through millennia!

These are some of the most remarkable obelisks that still boggle the minds of researchers: 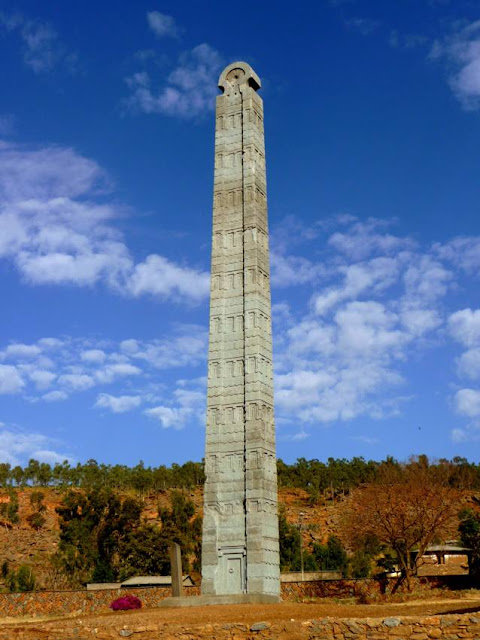 This engineering masterpiece is more than 1.700 years old and is currently located in the city of Axum in Ethiopia, after being returned from Rome where it was taken in 1937. It is 24 meters tall and it weighs 160 tons. The term ‘stele’ is probably more accurate than an obelisk because it doesn’t have a pyramidion at the top, but a semi-circular element enclosed by metal frames. It was decorated and erected at the end of the Ancient period in the 4th century AD by the subjects of the Kingdom of Axum. The decoration depicts two fake doors at the base, and window like decorations on all four sides of the monument. Although it is not known who ordered the construction of the Obelix of Axum, its size suggests that it must have been one of the kings who ruled the Kingdom of Axum during that period. 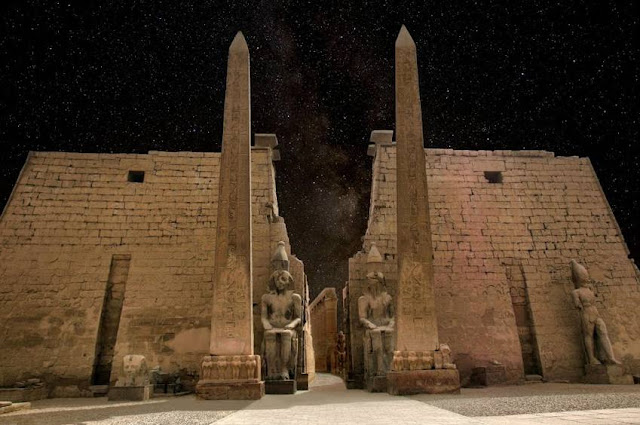 A superstar amongst the engineering marvels of the ancient world, this famed monument now stands at the Palace de la Concorde in Paris, while its identical twin remains at the entrance of the Luxor Palace in Egypt. Luxor Obelisks are approximately 3.000 years old, and both of them are 23 meters high. The story of the separation of the two Luxor monuments is rather unusual because one of the obelisks was gifted to France by Muhammed Ali, Khedive of Egypt, in the early 1830’s. It was transported by a ship to France and placed in its current location on October 25. 1836. Until the present day, Luxor Obelisks remain a wonder of the ancient world.

The Unfinished Obelisk of Aswan 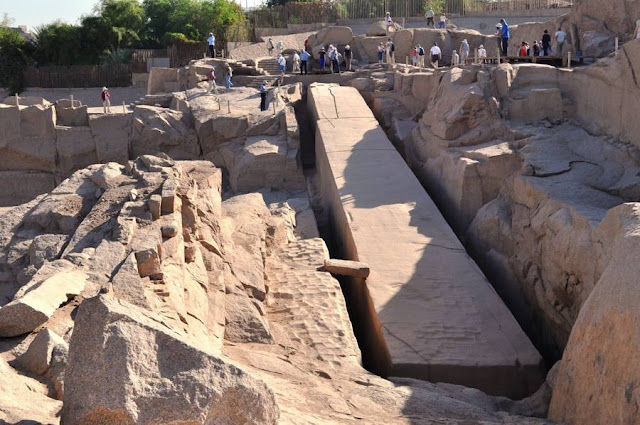 Aswan or Assuan is located in the Northern region of Egypt, an area best known for stone quarries. The Unfinished Obelisk was ordered by Hatshepsut and is one of the largest obelisks created in the ancient times. At 42 meters and nearly 1.200 tons, this marvelous monument never saw the light of the day. The project was abandoned because the cracks appeared in the stone. At the moment, The Unfinished Obelisk can be seen at its bedrock in which it was carved. This monument offers a rare insight into the stone-working techniques the ancient builders used, because the marks made by the tools are still visible, as well as the lines that were marking the places where they were working. Today, this valuable historic artifact is a part of the open-air museum that includes all the queries in the region. 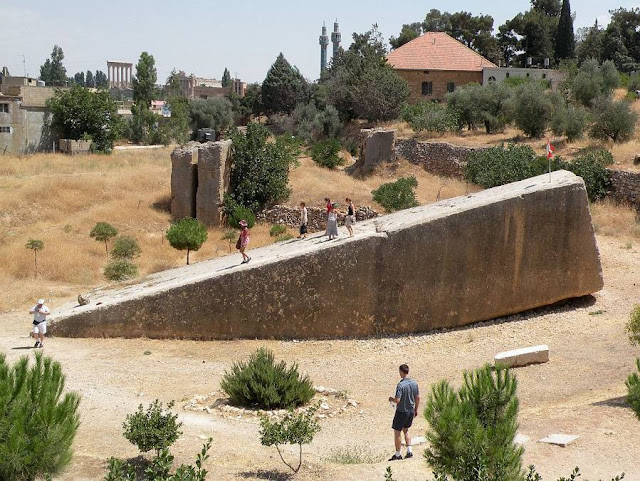 The stories about how this monolith got its name are numerous. The most popular one is about a pregnant woman who tricked the people of Baalbek (Heliopolis) that she can move the stone if they fed her until she gave birth. Scientists believe that the Stone of the Pregnant Women was constructed during the Roman period. It is still attached to its bedrock, some 900 meters from the temple of Jupiter. In its vicinity lay two more monoliths, that were discovered in the early 1990’s and together they form a trilithon. The Stone of the Pregnant Woman is nearly 21 meters long and has a 4-meter wide base. According to the calculations conducted by the geodetic team from Linz, this obelisk weighs 1.000 tons. Also called the Stone of the South, this is one of the largest monuments of this type ever constructed. 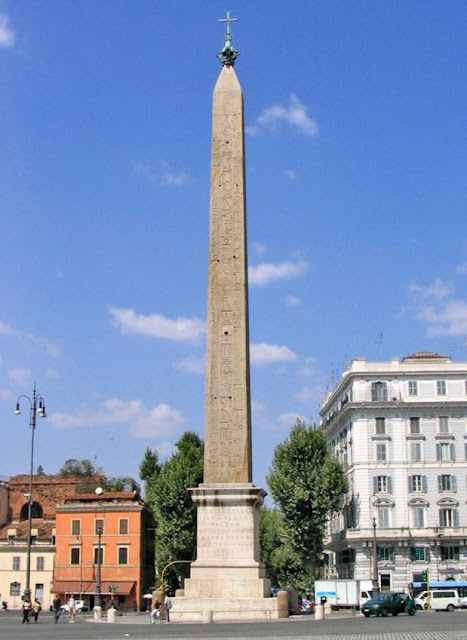 The history of this obelisk is breathtaking and it spreads across 1500 years. Lateran Obelisk was originally constructed for the temple of Amun in Karnak, Egypt. In the early 4th century BC, the Roman emperor Constantius II wanted to move it to Constantinople, but instead he moved it to Rome in 357 BC. Since then it has remained in Rome, but its location was changed on several occasions. Today, it is considered to be the tallest obelisk in the world at 45.7 meters. Its weight originally was 455 tons, but after the reconstruction the monument was 4 meters shorter, and therefore its weight is 330 tons. Its current location is the Archbasilica of St. John Lateran in Rome. This is one of the most awe-inspiring monuments and engineering marvels the world has ever seen, and its age only contributes to this impression.