10 Ancient Egyptian Symbols You Should Know About

The Land of the Pharaohs as I like to call Egypt is filled with incredible tales. Spanning back thousands of years, the Ancient Egyptian civilization left its mark in the history books forever.

Erecting some of the most amazing monuments on the planet, the ancient Egyptians were experts in a number of things ranging from astronomy, medicine, to engineering and writing.

Ancient Egypt’s culture is replete with mythology, and much of their history is a mixture between actually verifiable accounts, and those tucked away in myths, through which the ancient Egyptians tried explaining events that occurred and that were difficult to explain: The reasons for death, diseases, harvests, etc.

Everything we see is related in one way or another to incredible stories, mythologies, and beliefs which is precisely why the ancient Egyptians created countless of symbols through which everything was explained.

In this article, I invite you to travel through time with me, as we explore some of the most important ancient Symbols used by the Egyptian civilization thousands of years ago. 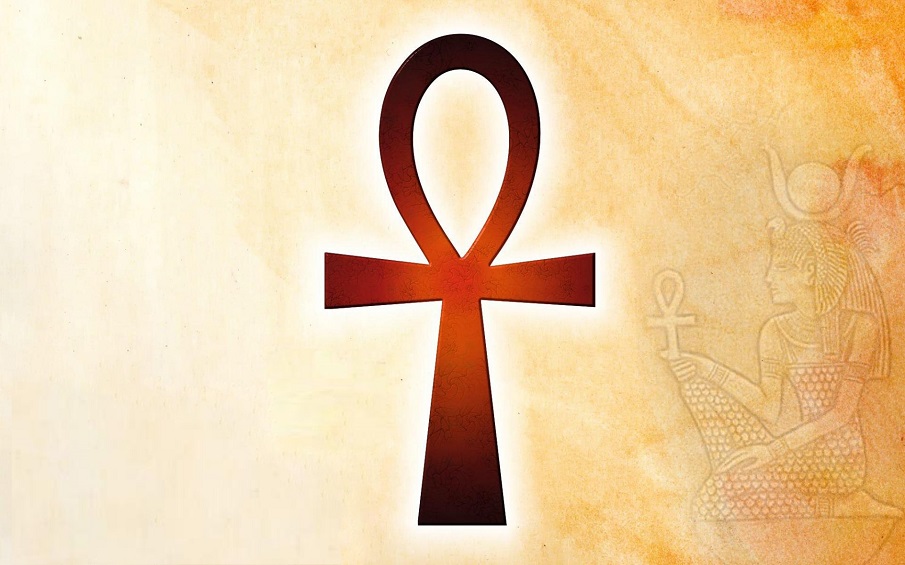 Without a doubt, one of the most famous symbols connected to the ancient Egyptian civilization is the Ankh ☥, also known as “crux ansata.” This ancient Egyptian hieroglyphic ideograph symbolizing “life.”

Many Ancient Egyptian Gods are portrayed as carrying the Ankh by its loop. The symbol is often featured in hand or proximity of nearly every deity in the Egyptian pantheon, including in illustrations of the pharaohs. 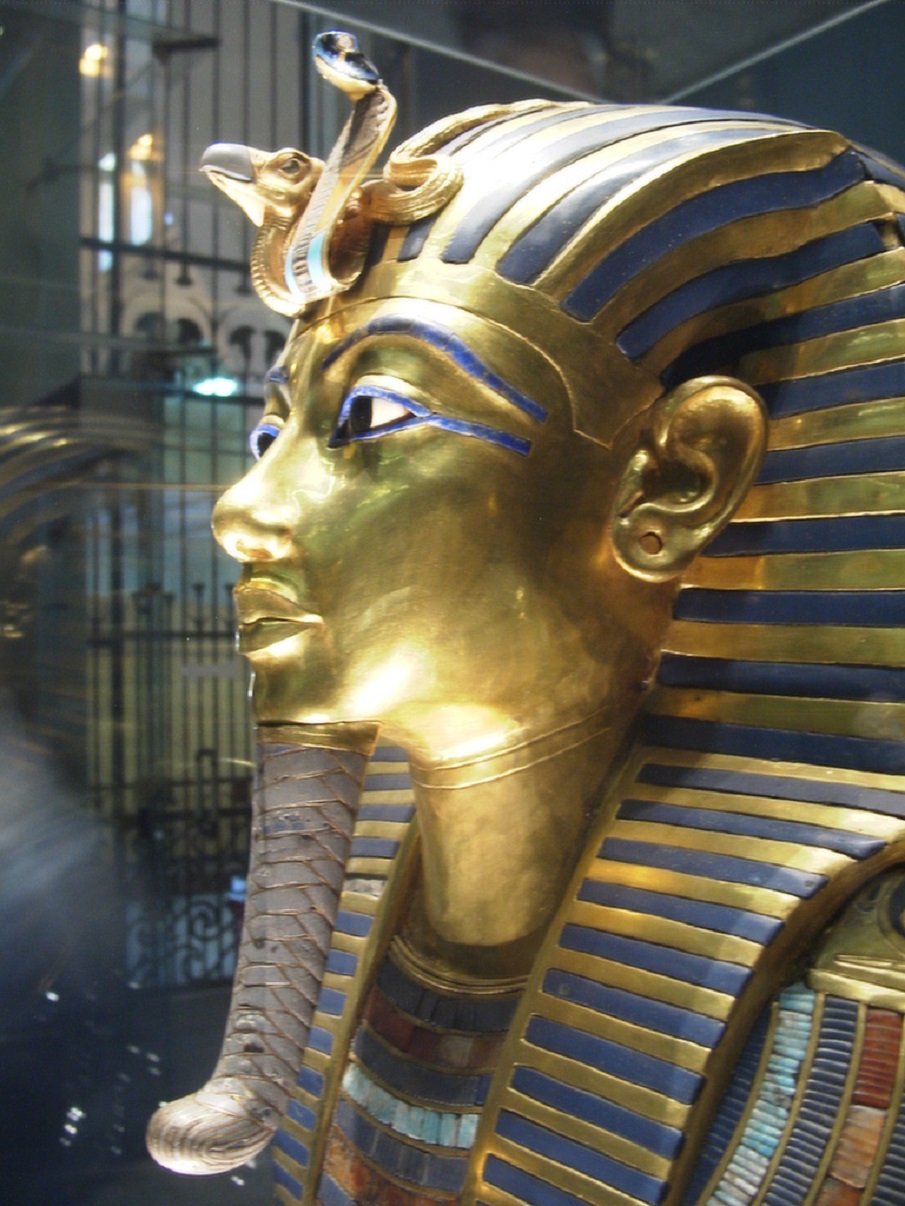 Mask of Tutankhamun’s mummy featuring a uraeus, from the eighteenth dynasty. The cobra image of Wadjet with the vulture image of Nekhbet representing the unification of Lower and Upper Egypt Image Credit: Wikimedia Commons.

Another popular symbol used in ancient Egypt was the Uraeus. The Uraeus is the stylized, upright form of an Egyptian cobra. The symbol represents sovereignty, royalty, deity and divine authority in ancient Egypt. The mask of Pharaoh Tutankhamun features a Uraeus.

The Eye Of Horus 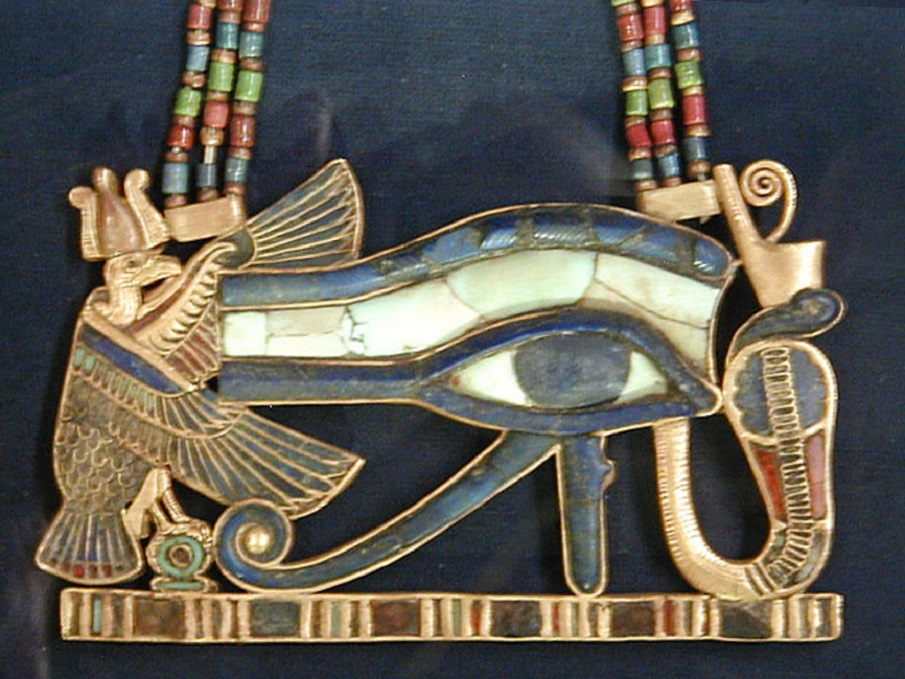 Another extremely well known ancient Egyptian Symbol is the so-called Eye of Horus.

The symbol was widely recognized as an emblem of protection, royal power, and good health. In ancient Egypt, the Eye is personified in the goddess Wadjet, the patron and protector of Lower Egypt and upon unification with Upper Egypt, the joint protector, and patron of all of Egypt “goddess” of Upper Egypt.

Horus is an ancient Egyptian God usually depicted as a falcon. Horus’ right eye was connected with the Sun God Ra. 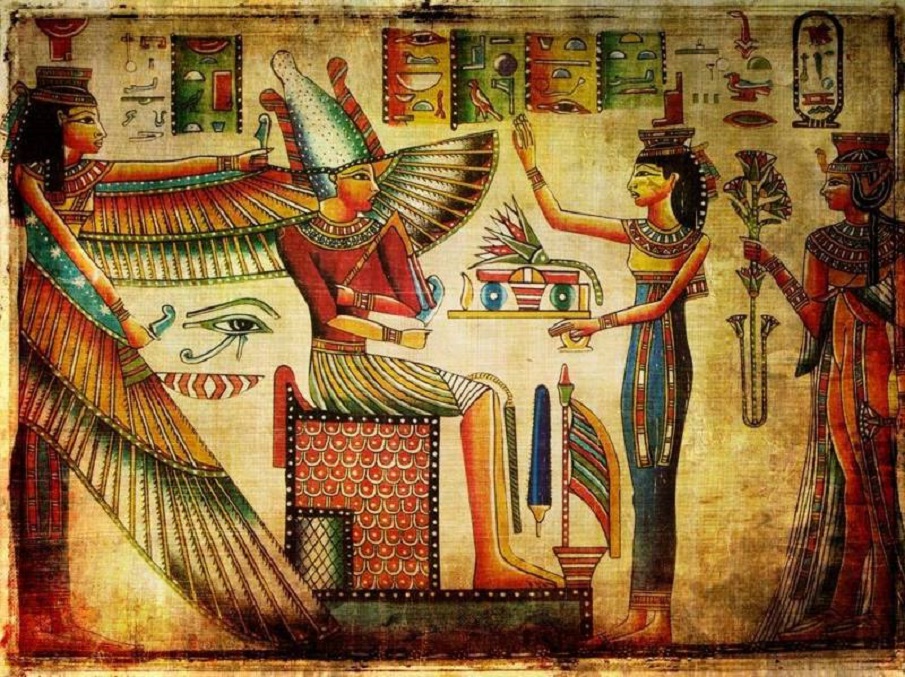 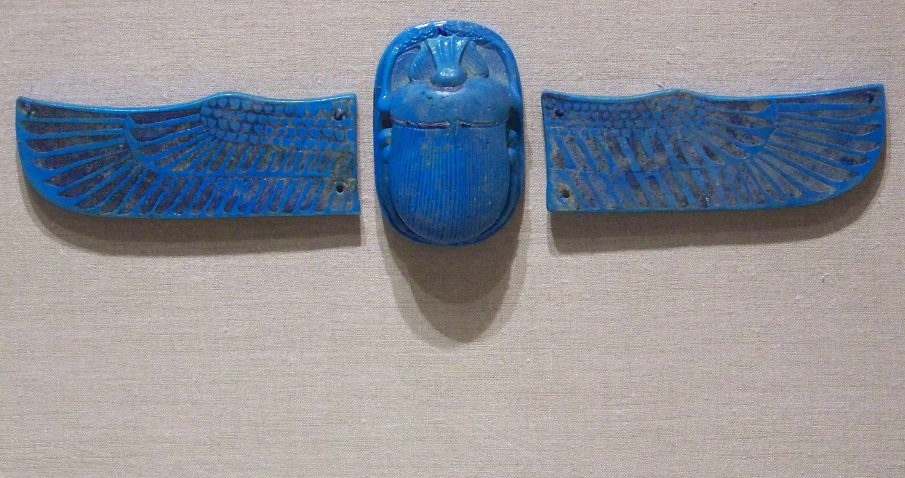 The Scarab was an extremely important ancient Egyptian symbol represented in the form of the dung beetle.

The symbol of the Scarab was extremely popular in amulets and impression seals in the ancient Egyptian culture. 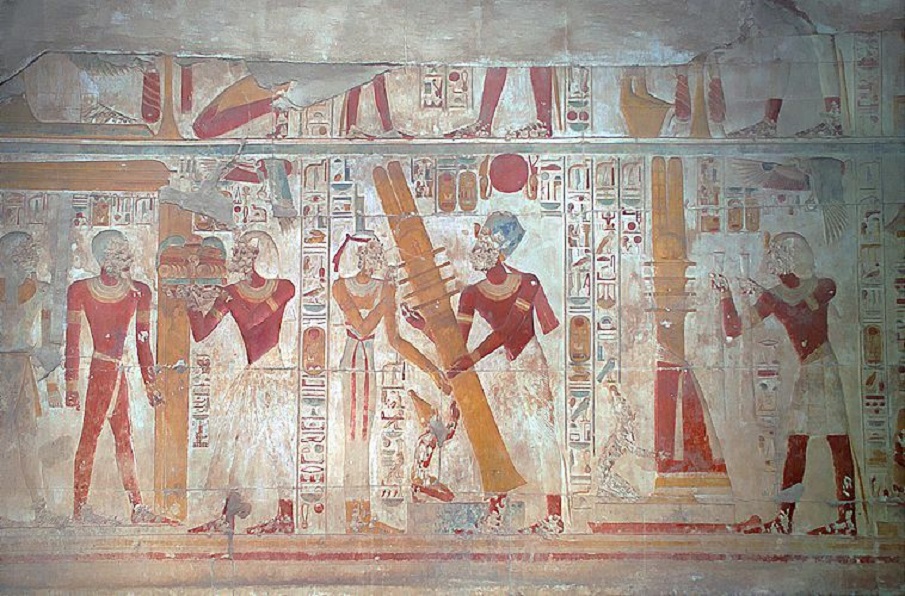 A scene on the west wall of the Osiris Hall at Abydos shows the raising of the Djed pillar. Image Credit: Wikimedia Commons.

This symbol is considered one of the most ancient symbols of the Egyptian culture. The symbol represents stability and is associated with the God Ptah and Osiris.

When representing Osiris, the symbol was often combined “with a pair of eyes between the crossbars and holding the crook and flail.”

Furthermore, the Djed Pillar is the oldest symbol of Osiris and was of great religious significance to the ancient Egyptians.

On a curious note, the ancient Egyptian maintained that the Djed Pillars were used in the four corner of the earth, keeping the earth in place.

The Was—The Was Scepter 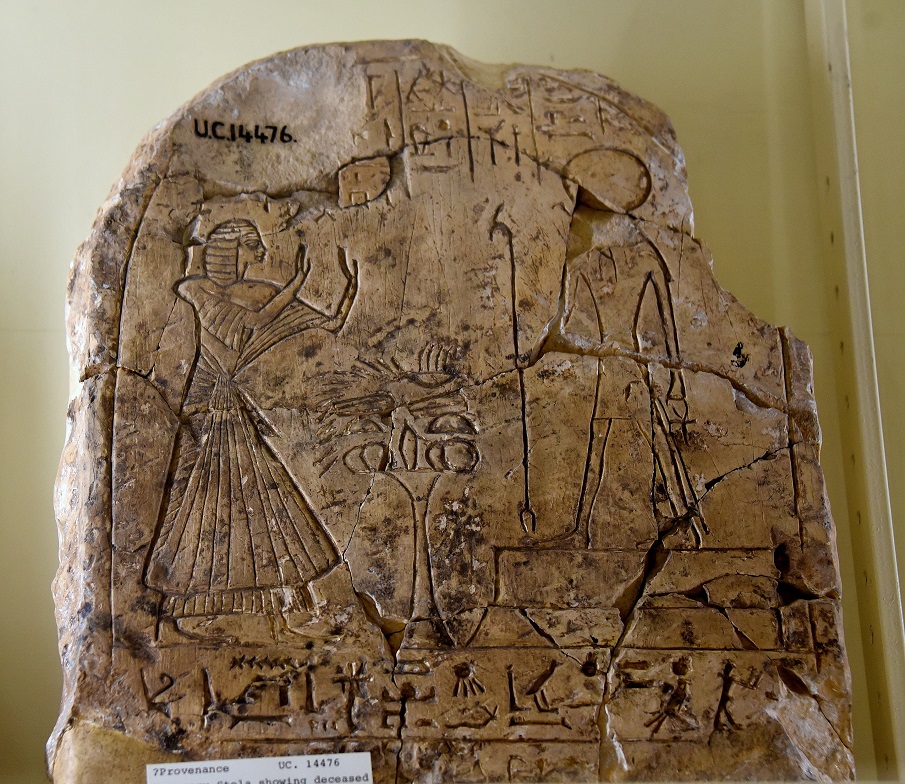 This image shows the Upper part of a stela showing a standing man adoring Ra-Horakhty who holds a was-scepter. Image Credit: Wikimedia Commons.

This is one of the ancient Egyptian symbols that was often depicted together with the Ankh Cross.

The Was is believed to have represented a ceremonial staff.

The Was symbol is depicted in the hands of a number of ancient Egyptian Gods, particularly Anubis and Set.

On a personal note, it is one of the strangest symbols I’ve seen.

Curiously, depending on how it was written, the symbol sometimes gave off the impression of being an emblem representing a being with an elongated head, a thin body. But that’s just me. 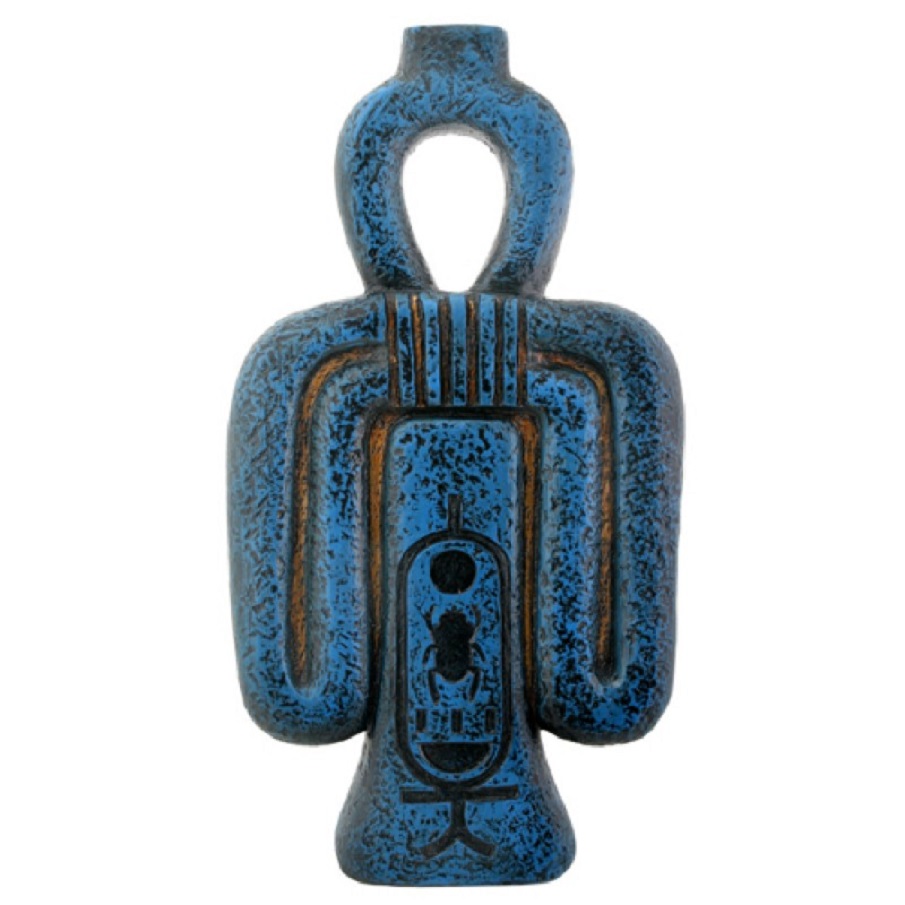 The so-called tyet is an ancient Egyptian symbol connected to the goddess Isis. The symbol is eerily similar to the Ankh cross. The Tyet has arms that are curved downwards. It is believed it signifies welfare and life.

During the early New Kingdom, Tyet amulets were buried with the dead. In Chapter 156 of the Book of the Dead, a New Kingdom funerary text, calls for a tyet amulet produced of red jasper to be put at the neck of a mummy, stating “the power of Isis will be the protection of [the mummy’s] body” and that the amulet “will drive away whoever would commit a crime against him.” 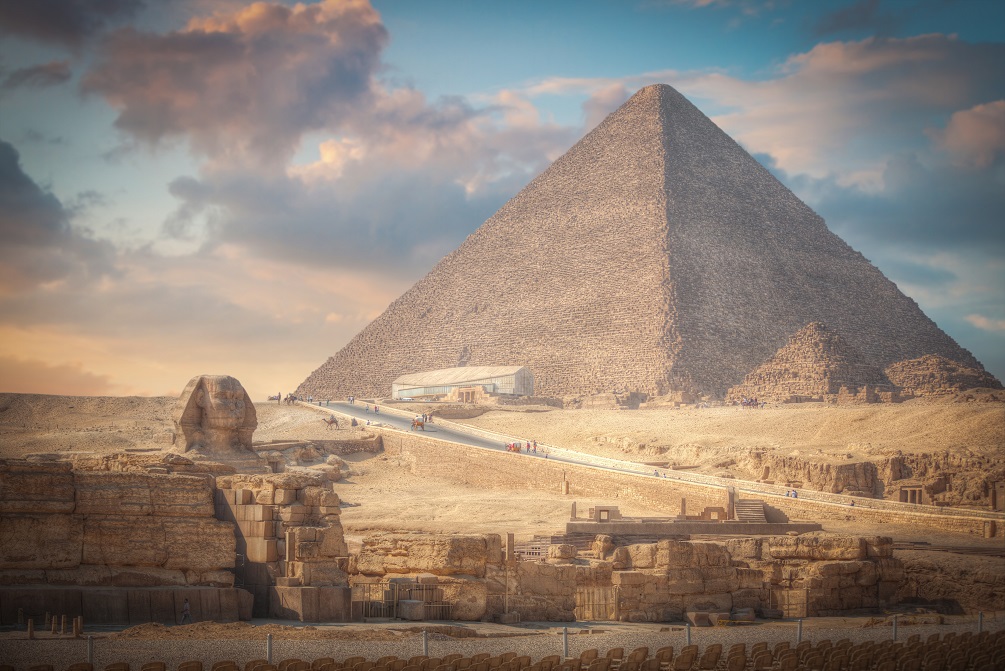 This ancient symbol is “the best-known symbol from ancient Egypt, after the ankh, even if one does not recognize the name.”

As noted by ancient.eu, the ben-ben was the primordial mound upon which the God Atum stood at the beginning of creation.

The symbol is connected to the pyramids, as these structures represent the ben-ben as the rise from the Earth towards the heaven. 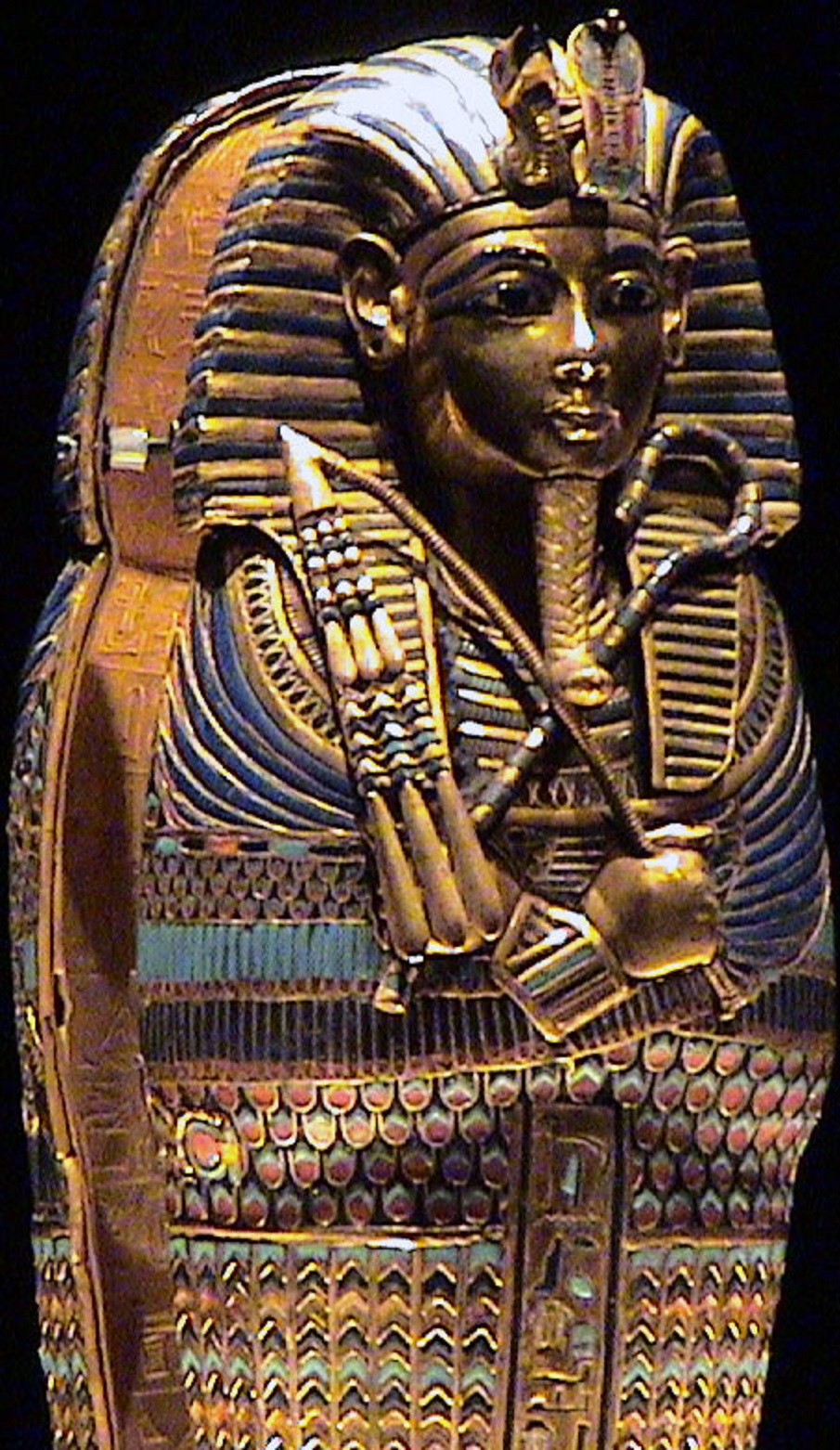 The crook and flail on the coffinette of Tutankhamun. Image Credit: Wikimedia Commons.

Another extremely popular symbol in Ancient Egyptian art is the Crook and Flail.

This symbol represents power and majesty of the king. Like many other symbols, this too was associated with Osiris and his early rule on Earth. Egyptian Pharaohs carried these symbols in important ceremonies. The coffinette of Tutankhamun has the Crook and Flail symbol represented on its surface.

Akhenaten—Egypts most heretic ruler—was often depicted with the crook and flail.

The Ancient Egyptian Symbol Of ‘The Ankh’ & Everything It Represents

The Biggest and Best Archaeological Discoveries of 2019
The Only True Path Is Within
False Honey Is Everywhere, Discover How To Know The Difference
How Past Life Regression Can Support Your 2017
Facebook
Telegram
Twitter
ReddIt
Linkedin
Tumblr
VK
Email
Print
Previous articleNews And Views From The Nefarium – Joseph Farrell – June 7 2018
Next articleThousands of dead fish found on Sylvan Beach, Texas – 2nd such incident locally in a week
RSS Feed

Only two things are infinite, the universe and human stupidity, and I’m not sure about the former.